All organisms use respiration as a beneficial process for release of energy. It is basically an oxidation process of food substances within the tissues to form CO2, and water with consequent release of energy. The energy produced is stored in the form of ATP (Adenosine Triphosphate, energy currency of cell) and CO2  and water are considered as the byproduct of this respiration process.

There are mainly two types of respiration

It is the process in which intake of molecular oxygen and release of carbon dioxide occur simultaneously. The organisms that follow aerobic respiration are termed as aerobes.

It involves the exchange of environmental oxygen with the carbon dioxide in the body cells without the use of respiratory organs or blood. For example; It occurs in aerobic bacteria, protists, plants, sponges, coelenterates,  flatworms, roundworms and most arthropods.

It occurs by the aid of special organs like skin, buccopharyngeal living cells, gills, lungs and blood. For example; It occurs in crustaceans, amphibians (frogs toads), many annelids, molluscs, reptiles, birds, mammals etc.

It refers to the intake of oxygen by the blood from water or air into the respiratory organs and removal of carbon dioxide from it.

It is the process in which energy is produced without the usage of oxygen. In this the organisms that carry out anaerobic respiration (called anacrobes), may or may  not produce carbon dioxide.

These are the holes of the nose through which air enters inside the body. These are paired openings that open into two nasal cavities.

The two nasal cavities are separated from each other by a thin, cartilaginous median vertical partition called nasal septum.

It comprises of nasopharynx, oropharynx and laryngopharynx. The pharynx provides passage to both air and food.

It is also called voice-box. Until puberty there is little difference in the size of the larynx in man and woman. Thereafter, it grows larger and becomes prominent in man, and is called Adam’s apple (in man.)

It is basically the upper part of trachea and allow the air to pass through it to reach trachea.

The larynx leads into a long tube, the trachea or wind pipe, bearing rings of hyaline cartilage which are incomplete posteriorly. At its lower end, the trachea bifurcates into a pair of primary bronchi, which enter the right and left lungs. Bronchi are reinforced to prevent their collapse and are lined with ciliated epithelium and mucous producing cells. These bronchi are further branched into small tubes and bronchioles. They are terminated into grape like sac clusters called alveoli. Alveoli This is surrounded by a network of thin walled capillaries.

Movement of Air through Respiratory System

It is the process by which the chemical energy of “food” molecules is released and partially captured in the form of ATP. Carbohydrates, fats and proteins can all be used as fuels in it. Glucose is most commonly used example to examine the reactions and pathways involved with it. The process of ATP production in respiration is called oxidative phosphorylation.

Oxidation of glucose (6C) to pyruvate (3C) Occur in the  Cytosol of the cell.

Oxidation of acetyl CoA ; aerobic process. Occur in the mitochondria of the cell.

Passage of electrons to its ultimate acceptor by a series of coenzymes and cytochromes. Occur in mitochondria or chloroplast of the cell. 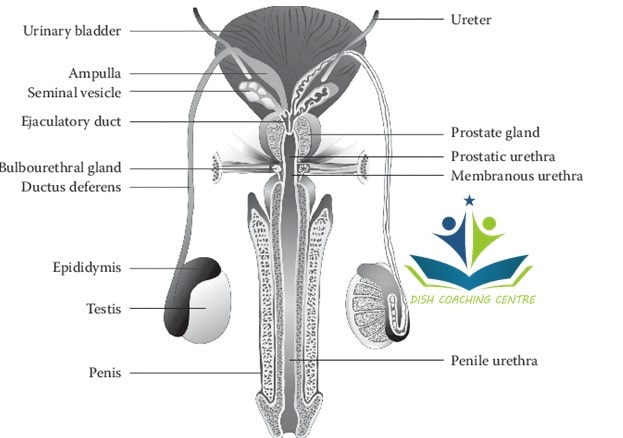