Elements are classified on the basis of similarities in their properties. At present, 118 elements are known to us, out of vihich 98 are naturally occurring while remaining are synthesised artificially by man. Main objective of classification of elements is to make the study of 112 elements more convenient, systernatic.and organised.

Newlands gave the law of octaves and told that when elements are arranged in increasing order of their atomic weights, every eighth element resembles in properties with the first one just like musical notes. But all these were unable to arrange all the known elements. The first impressive attempt in this direction was given by Mendeléev.

Mendeléev studied the formula and properties of hydrides and oxides of different elements and on the basis of their comparative study, he gave a law called the Mendeleev’s periodic law.

Mendeléev’s periodic table is the tabular representation of Mendeleev’s periodic law. It contains vertical columns called groups and horizontal rows called periods. In this table, there were 8 groups and 7 periods. Mendeléev placed elements with similar nature in the sarne group with respect to atomic weight.

To place certain elements into correct group from the point of view of their chemical properties. Mendeléev reversed the order of some pairs of elements. eg., cobalt (atomic mass 58.9) appeared before nickel (atomic mass 58.7)

Mendeléev left some gaps in his periodic table for new elements that had not been discovered at that time. e.g., Eka-boron, Eka-aluminium and Eka-silicon, the properties of which had been found similar to the scandium, gallium and germanium discovered later.

This table was found helpful

It was given by British chemist Moseley in 1913 on the basis of his discovery that atomic number is the most fundamental property. It is a tabular form of modern periodic law, according to which, “the physical and chemical properties of the elements are the periodic function of their atomic numbers”. This table removed almost all the drawbacks of Mendeléev’s periodic table.

The properties which are repeated at regular intervals are known as periodic properties. These properties show a regular order along a group and period.

It refers to the radius of an atom. It generally increases on moving down the group because new shells are being added as we go down the group. It decreases along a period from left to right. This is due to an increase in nuclear charge which tends to pull the electrons closer to nucleus and reduces the size of the atom. Thus, size of alkali metals is largest and that of halogens is smallest in a period. Size of noble gases is larger as compared to corresponding halogens.

It is defined as the enthalpy change accompanying the process when an extra electron is added to  neutral gaseous atom to convert it into an anion. The energy released during the process is called electron affinity (EA).

EA increases across a period from left to right but EA of group-2, group-15 and group-O is zero or positive. It decreases on moving down the group. It is highest for chlorine.

It is the tendency of an atom in a molecule to attract the shared pair of electrons towards itself. It increases regularly along a period from left to right and decreases on moving down a group. It is highest for fluorine.

It is the tendency of an element to form cation by the loss of electrons. It decreases along a period from left to right and increases in a group on moving downwards. Thus, metallic elements occupy the left hand columns of the periodic table.

It is the tendency of an element to form anion by the gain of electrons. It increases along a period from left to right and decreases in a group on moving downwards.

It is defined as mass per unit volume and increases on moving down a group as well as along a period from left to right but density of gold is higher than that of mercury. The order of density of steel, mercury and gold is steel < mercury – gold. 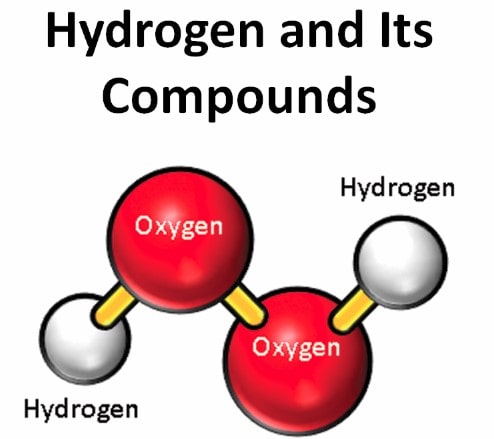